Included below are homes for sale and real estate in Naples, FL. Read on below the listings to learn more about Naples Florida.

If you would like more information on any of these Naples real estate listings, just click on a property to access the full details. From there, you can request more information or schedule a tour. And we'd be happy to provide you with disclosures, past sales history, dates and prices of properties that have recently sold nearby, and more, so just let us know how we can help!

And, for your convenience, feel free to register for a free account to receive email alerts whenever new Naples listings come on the market that match your specific criteria.

Considering a move to Naples Florida? This beautiful city in Collier County is home to about 22,000 residents and is known as a natural and cultural gem tucked away in Southwest Florida. Naples is along the Paradise coastline where the Gulf of Mexico meets white sandy beaches, barrier islands, and beautiful little downtowns filled with culinary delights, hidden treasures, and beautiful boutiques. 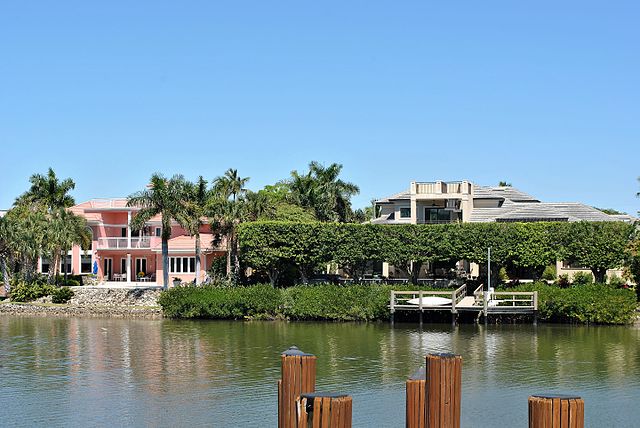 Naples is the crown jewel of Southwest Florida. Nestled on the sundrenched beaches of the Gulf of Mexico. Naples is known for its fantastic dining and shopping, golf courses, and of course the tropical wilderness of the Everglades. It's considered one of the nation's best sandboxes with beautiful ocean waves making a splash with outdoor enthusiasts and recreation us. You'll find amazing parks, beautiful green spaces, vibrant parks and facilities, quaint and quirky shops, restaurants and cafés, and just about anything you would want for your life in paradise. But what is it really like to live in Naples Florida?

Living here doesn't mean we're on vacation 24/7 but, when we do want to relax, were no more than a couple of minutes to sugary sandy beaches and warm sunshine. Tourism is the major industry for Naples, which is home to several major land reserves such as the Corkscrew Swamp Sanctuary, Everglades National Park, 10 Thousand Islands National Wildlife Refuge and Big Cypress National Preserve just to name a few. Naples is home to Naples Zoo at Caribbean Gardens, one of the oldest zoos in the area dating back to 1919.

Downtown Naples is home to the Naples Players and several shopping districts, theaters, performing arts centers, galleries, and museums. The Waterside Shops is an upscale, open-air shopping center with popular high-end stores and restaurants. Sports is becoming an increasingly popular pastime with pickleball at the center of our sports enthusiasts. There are many parks that have recently added pickleball courts and Naples is home to the US Open Pickleball Championships since 2016. Naples also has a semi Pro soccer team called the Naples United FC founded in 2017.

Of course, are beaches and recreational areas definitely take the cake. The beach on the coast of Mexico in Naples is more than 10 miles long known for pristine white sandy beaches and a 2005, Naples was voted the best all-around beach in America by Travel Channel. There are several beaches including the Delnor Wiggins Pass State Park, the Clam Pass Beach Park, Naples Pier, Vanderbilt Beach, Seagate Beach, Loudermilk Beach Park, and N. Gulf Shore Blvd., Beach.

"I never thought I’d love this home, small town city like I do now. I was born and raised in Las Vegas, Nevada and moved here in Naples back in 2007. I have determined that I will never live anywhere else. Many people say “boring” but I say “peaceful”. Its clean, safe, and the traffic is great! During the day you can enjoy the beach, go shopping at multiple different malls, go for walks in any of our board walks and parks, and eat literally anywhere of course! If you’re a night owl multiple restaurants are night clubs on the weekend. Enjoy downtown fifth avenue lights or go bar hopping at Mercato and end your festivities eating tacos at Roscos Tacos at 1am. Want a more relax environment? I highly recommend wine tasting at Coopers Hawk followed by a wonderful dinner when you’re ready to eat. Overall, there’s more to do here than most people say and long term it is a perfect city to raise a family." - Niche.com

There are plenty of options for Naples real estate from condominiums and townhouses starting at around $250,000 to luxury waterfront estates of over $10 million. There's probably something for everyone in the real estate niche here in Naples Florida. 78% of residents own their own homes and there's currently a median home value of about $990,000 with the median rent of about $1400. Naples stretches down to Port Royal, some of the most expensive and luxurious homes in the country. You may find properties well over $20 million or you can find an inland single-family starter home for around $350,000-$900,000. From luxury estates and high-rise penthouse condominiums to beachfront cottages, view homes, and starter properties, Naples has a wealth of real estate and home options. Start your search for all homes for sale in Naples Florida or contact my office below to schedule a showing at any time.